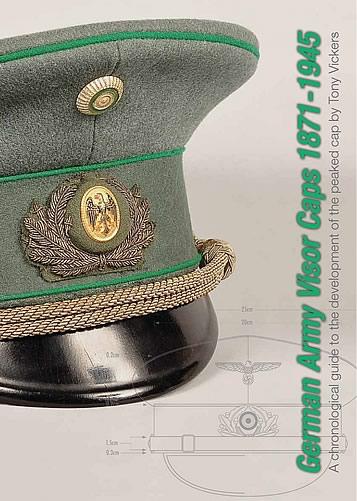 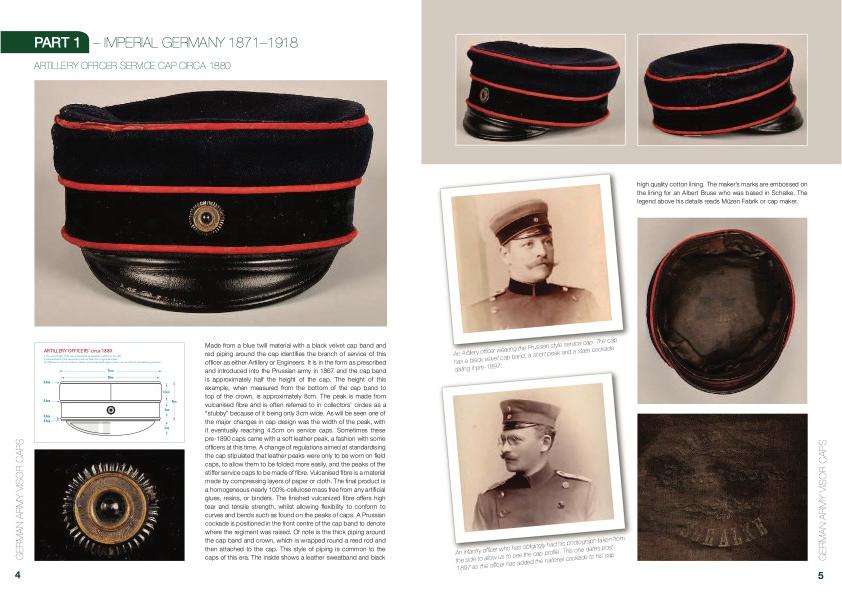 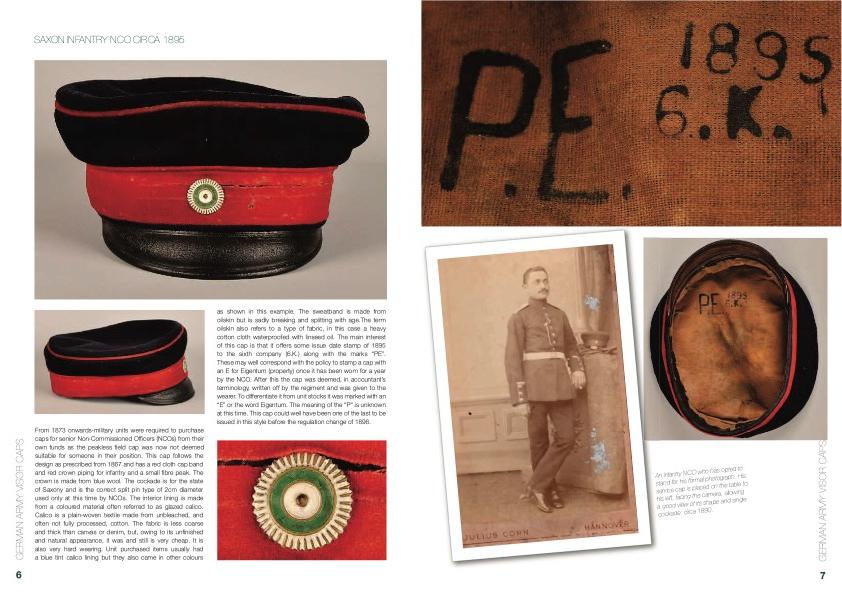 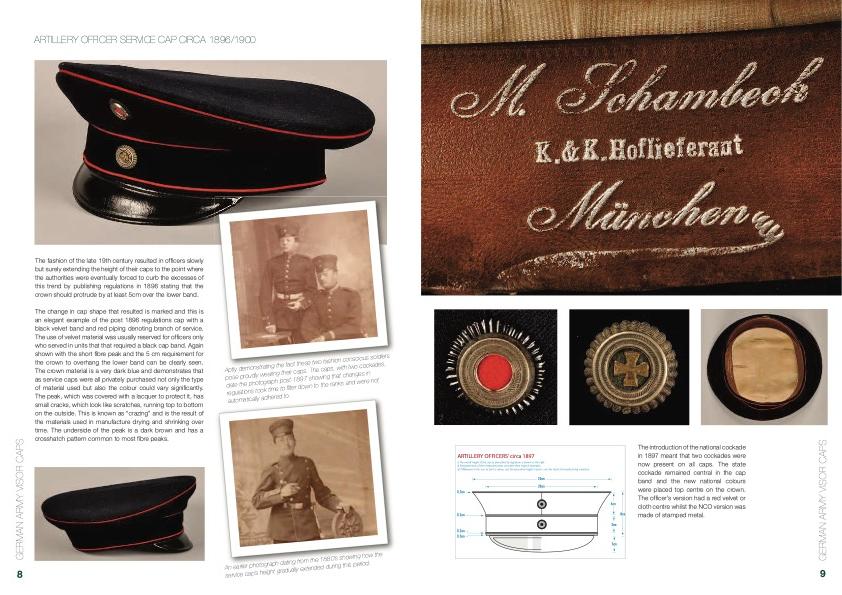 The new Military Mode Publication, 'German Army Visor Caps 1871-1945'. The book has been penned by, well known collector and enthusiast Tony Vickers and designed and published by Military Mode.

The work is a photographic study of the development of the Army visor cap from 1871 right through the First World War, looking closely at the period between the wars, a subject that is very much over-looked until now and then a detailed over-view of the Third Reich period and finally, a look in to the Veteran associations.

The book informs the reader on the changes in shape using clever and helpful graphic drawings and of course the changes in insignia, colours and styles.

All the caps featured in the book are from the authors collection and they are backed up by numerous previously un-published period images.